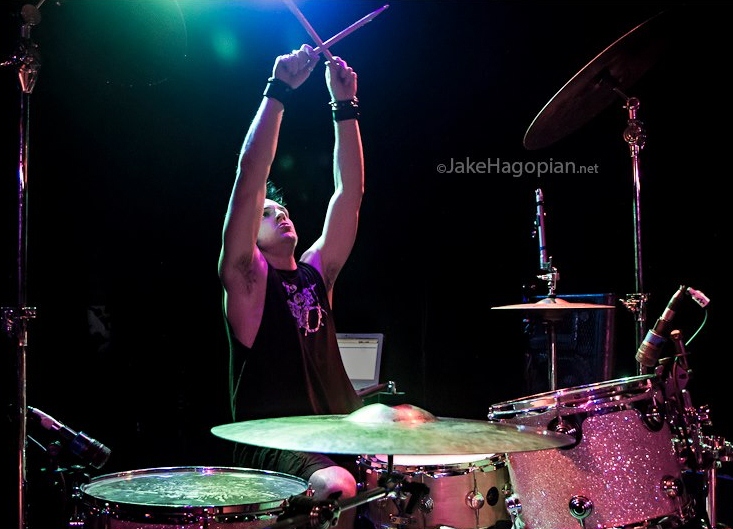 Ryan GIO is a professional drummer who is committed to exceptional live shows and precise timing. He has been drumming his entire life and will continue to do so, in the best manner possible, until the day he dies. Although not inclusive, he specializes in Rock, Pop, Metal, Funk and Punk. His undeniable talent and severe energy on stage has been rapidly increasing his fan base and success since he moved to Los Angeles in 2009 after earning a Business Marketing Degree from Arizona State University.

With determination to find committed musicians, Ryan moved from AZ to L.A. and was immediately recognized for his skill getting work in recording studios, rehearsal sessions, tour placements and live concerts within days of his transfer. His band’s Stereo Scenario music featuring his drumming is now streaming worldwide on Pandora Radio and recently added to the very selective, elite artist roster awarding them their own unique channel station!

Ryan GIO is a frequent performer in Hollywood’s most famous venues such as the Whisky A Go Go, Viper Room, Roxy Theatre, and the now closed House of Blues on Sunset Blvd., Key Club and Knitting Factory sharing that stage with LA Guns. 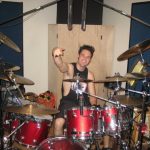 video and director JJ Huckin in LA Velvet’s music video “Here in Hollywood.” He worked with producer Ryan Greene recording Sex In Public’s self-titled album and while working with Edge Of Paradise, he recorded with producers Bob Kulick and Brett Chassen at their Office Studios that was later mixed and mastered by Michael Wagener.

Ryan has been published in many international magazines including DRUM! Magazine as featured “New Blood” Artist in March 2014 stating “.., Gio’s powerful chops-filled playing is driving each of these acts.” 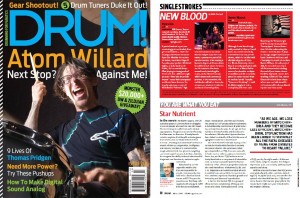 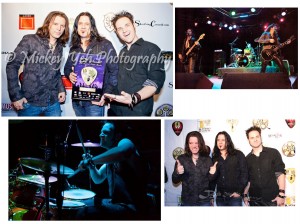 He has been printed on the front cover of Lost Anarchy Magazine, pictured in two different band articles in Tattoo Magazine and favorably reviewed in Music Connection Magazine for a Whisky A Go Go performance describing him as being “Particularly fun to observe…” He showcased on tour with LA Velvet at the 2013 Sundance Film Festival in Park City, UT and received the award “Hard Rock Band of the Year” with Dead Legend at the 22nd Annual Los Angeles Music Awards. Touring full time to Austin, TX for the 2012 and 2013 SXSW Music Festivals, he has opened for many well-known musical artists including drummer Kenny Aronoff at the Texas Music Rockfest. Ryan completed a 5-week tour with his new band Evernow on The Extreme Tour 16 performing all over the Southwestern United States and most recently performed at the 2018 ROCKLAHOMA Festival with LA Velvet!

Some of Ryan’s top drumming influences include; John Bonham of Led Zeppelin for his tasteful feel and groove, Danny Carey of Tool for his intricate technicality and power, Travis Barker of Blink 182 for his punk rock creativity, and Tommy Lee of Mötley Crüe for his extravagant stage presence and big show. All these characteristics he incorporates within his own drumming. 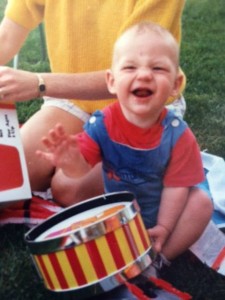 and in 3rd grade scored his first “real” acoustic drum kit. Being extraordinarily talented at a young age, as first chair percussionist, he was utilized in 6th grade by a different school to substitute for their entire percussion section who called out sick for that night’s band concert with his own personal drum set! Spectacularly, the gig went smoothly and was only the beginning of Ryan creating a name for himself. 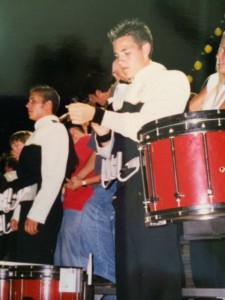 During Jr. High, Ryan began playing in rock bands of his own and in 8th grade won the school’s talent show. That same year he earned the award in Advanced Jazz Band as the “Most Valuable Player.” Being the first Gilbert High School freshman ever selected to begin on the snare drum on the Varsity Drumline, he developed his rigorous rudiment skills and impeccable metronome timing. With his involvement in Drumline, Ryan at a young age had the experience of performing in front of over 25,000 people at Cricket Pavilion in Phoenix while opening for the well-known band TOOL in 2001. 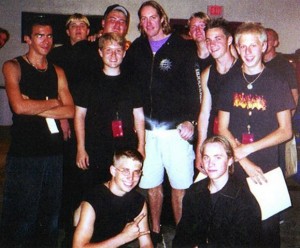 Backstage after opening for Tool at Cricket Pavilion

In 2017 he opened his retail store Gio SHOP and in 2018 launched GIO Cymbals & Gio DRUMSTICKS!

He is continually sought after for his outstanding energy and brilliant stage presence which makes his drum performances one of a kind. Come to his next show and see what all the hype is about!